Tomorrow's Apple Keynote: What to Expect 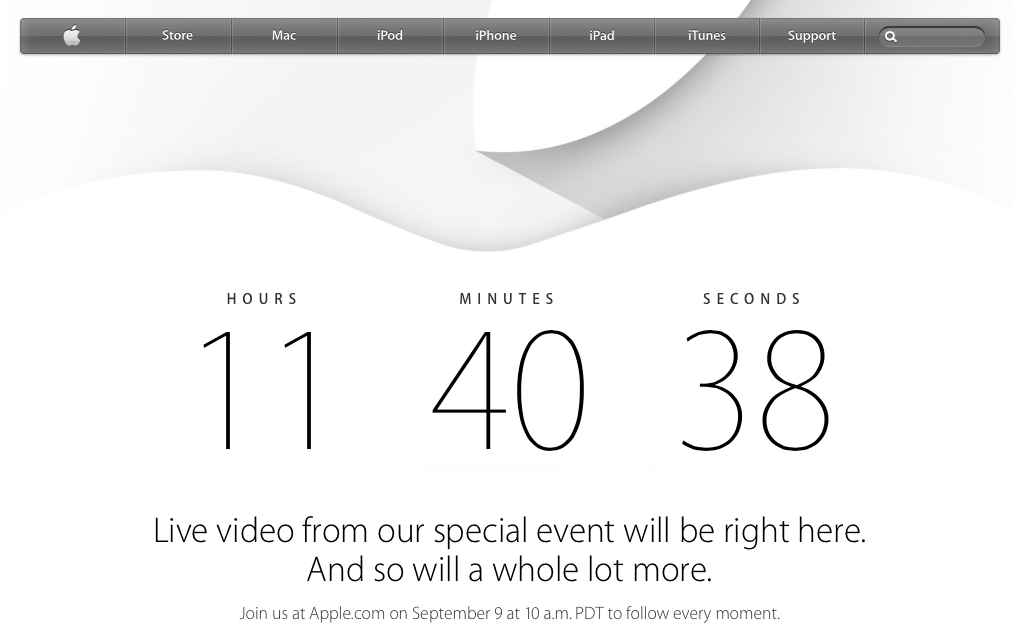 Tomorrow is Apple's Keynote. New iPhones are a given. They'll probably introduce mobile payments too. Then there's the talk of an iWatch. Most people don't wear watches, so could it really be a big deal? My thinking is, "Yes."

The iPod was a pivotal change for Apple. Steve decided to build a product for the right reasons: to make something he loved that would be better designed and integrated than any before it. Obviously it was a success. Then, in typical Apple fashion, after starting with well over 90% market share, they let it erode since they moved on to the next thing. Here are two key points. Apple doesn't go after market share for market share sake. Also, the iPod was about listening to music and, at the end of the day, it was only an entertainment product.

Next came the iPhone. Before the iPhone, getting apps, ring tones, wallpaper, etc., on to your mobile phone was a lousy experience. Plus, the wireless carriers dictated what could go on a phone and how it could be used. Remember the Rokr E1? Apple partnered with Motorola to put iTunes into a phone. But it wasn't an Apple product. One key limitation was that its firmware restricted it to only holding 100 songs. Other carriers placed similar restrictions on their phones such as not allowing tethered syncing. Rather, they wanted their users to transfer files and photos over-the-air so they could charge them for data usage.

An iPod owner could go days, weeks, or months without using their iPod, but iPhone owners use their phone every single day. For many of us, it's the last piece of technology we touch when going to sleep and the first thing we touch before getting out of bed.

While we may need to communicate every day, we need to live every second. What if the iWatch has the ability to monitor our health in a nonintrusive way? So much can be told just from our basic vitals like our heart rate, temperature, respiration, and sleep cycles. As a runner, I've worn a heart rate monitor for nearly every one of my runs over the past 20 years. It gives me an absolute indication of my effort level based on my health. If I'm coming down with something or it's a hot day, or I'm dehydrated then my heart rate monitor indicates that. But, I only wear it when I'm running. What's going on with my body the rest of the day?

Twenty years ago, I didn't carry a mobile phone. This afternoon, I ventured a block away without my iPhone. I knew I'd be gone for only a few minutes. Yet, as I crossed the street, I seriously considered going back to get it – not that I was expecting any calls, e-mails, or texts. I simply felt unconnected. Could an iWatch become so ingrained into our health that we'd feel exposed without it?
Posted by Joe Moreno at 11:47 PM