Uber's Ryan Graves, Before and After

In 2008, a "broke kid" in a dead-end job, named Ryan Graves, interviewed me as part of a series on startups called Actions Talk. I was his tenth interview as he distilled the secrets of successful startups. Today, he's the COO of Uber with an estimated net worth north of $1B. I guess I gave him some good advice.

Bitten by the MAC

I've seen different funding terms and conditions for startups. One that I haven't read much about is the material adverse change (MAC) clause. It's a contingency legal provision often found in investment or M&A contracts. The challenge is that it gives the funder the option to walk away from a deal at some point in the future. It's rather nebulous to say the least. When it's invoked it can be catastrophic for the other party since it's coming at the worst time, under the worst conditions.

I saw a MAC implemented in 2007 and then executed a couple years later. A high tech startup raised about $2.5M from angels and VCs. Part of the syndication involved a bank based in Silicon Valley. Since retail banks don't traditionally invest in startups, their portion came in the form of a $500K bank loan. One of the bank's conditions was that the startup had to bank only with this Silicon Valley bank. Also, the bank's half a million dollars was to be the last money the startup spent. The bank's contract also included a MAC clause.

Enter the recession of 2008. The startup was down to their last $620K and managing their burn rate accordingly. Then the bank indicated they were going to invoke the MAC clause. The CEO discussed fighting this with the company's board of directors. Unfortunately, the board was mostly made up of outside VC directors and they didn't want to fight it. Their reason was that they were involved in many deals with this prominent Silicon Valley bank and they didn't want to rock the boat.

Did the bank go off the reservation when they invoked the MAC clause? Probably not. But, the outside board of directors were certainly looking out for themselves rather than their investors.
Posted by Joe Moreno at 10:56 AM 0 comments 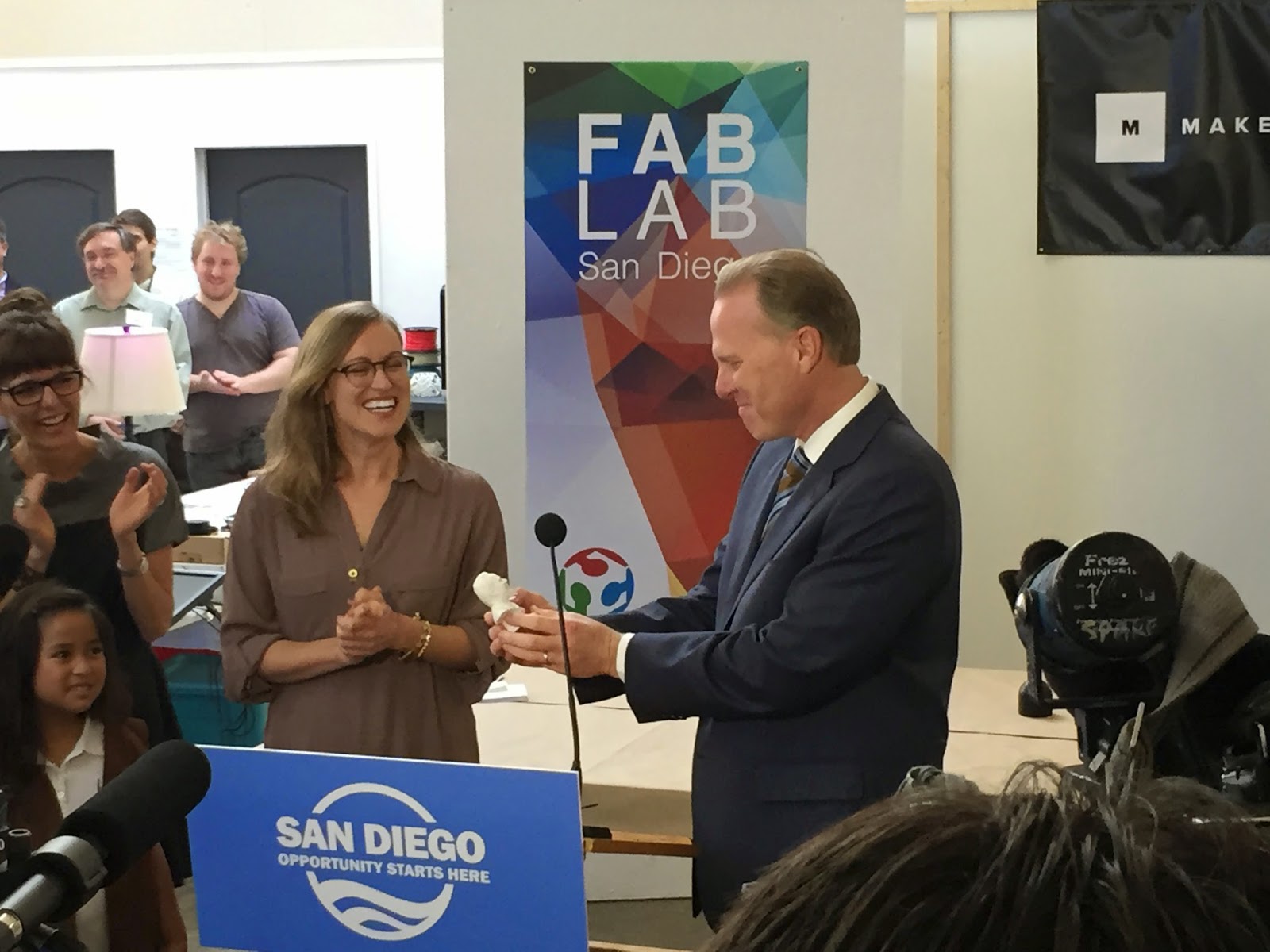 This morning I attended a ribbon cutting ceremony for Fab Lab in San Diego. Fab Lab is a community laboratory for designers and manufacturers with a heavy emphasis on tech entrepreneurism (and 3D printing).

The San Diego Mayor, Kevin Faulconer, was the keynote speaker and the high-point was when he was presented with a 3D printed bust of himself.