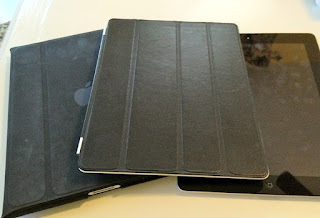 Yesterday, my wife bought the iPad 3 new iPad for me.
Today, she surprised me by buying the top of the line MacBook Air for me - I am loved, but I digress.
The new iPad has a very nice display - I definitely noticed the higher resolution right off the bat - and it runs snappier. It's just a bit heavier than the iPad 2, yet, significantly lighter than the iPad 1.
Data Plan Gotcha
There's one big gotcha. Don't simply swap the micro-SIM cards, like I did, to move your data plan to your new iPad. At best, that might work for a little while.
Traditionally, a mobile device's phone number and its wireless service is attached to the SIM card. But, with the new iPad - since we don't care about our phone number - the attachment is through the e-mail account associated with the data plan.
Also, the micro-SIM in the new iPad is a 4G specific micro-SIM. I tried swapping out the micro-SIMs and I ran into problems. The AT&T service displayed next the bars at the top of my new iPad screen showed 3G instead of either 4G or LTE. Time to call AT&T.
Doing it Right 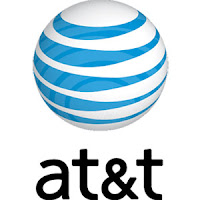 If you're upgrading from an iPad 2 to the new iPad, you should probably call AT&T (1-800-332-0500) to make sure everything goes smoothly, especially if, like me, you've been grandfathered into AT&T's unlimited data plans.
The two AT&T customer service reps who I dealt with were stellar. They knew exactly what they were doing. Both of them told me that swapping the micro-SIM cards wouldn't work and took the time to explain how the process works. This level of service was a far cry better than someone simply parroting my problem, "So, you say that you're having a problem with your iPad?" and then reading a trouble shooting script over the phone. I felt like I was talking to an Apple employee on the phone who fully understood my problem. Hat tip to AT&T. I have yet to try my new iPad on LTE, but the rep told me that it's amazingly fast.
So, the bottom line is that I still have my unlimited data plans (yes, I know about the AT&T data throttling on both my iPhone and iPad) plus my wife is now the proud owner of my iPad 2 hand-me-down. She's the best.
Posted by Joe Moreno at 11:21 AM 0 comments 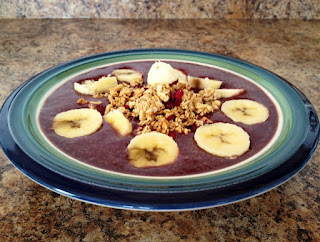 I first discovered acai almost ten years ago at a San Diego cafe. It's a Brazilian palm berry that has, appropriately, a berry flavor but with a hint of chocolate.

Health Claims
Besides the fact that acai tastes great, it is very high in antioxidants. Unfortunately, its nutritional benefits have lead to exaggerated claims, such as fat burning scams, where customers sign up for automatic deliveries without a clear way to stop their subscription.

Keep in mind, even though antioxidants help prevent cell damage from oxidation, it's not an elixir. Understanding nutrition is almost like picking a new religion to follow and you have to have faith. Mark Twain said it best:

Be careful about reading health books. You may die of a misprint.

Choose Healthy
So, what's the best way to choose healthy foods? Simple, just look at the nutrition label on the packaging. A balance of the macronutrients, say 40% carbohydrates, 30% protein, and 30% fat is a great mix. Especially if the carbs aren't simple (sugars), but rather, fiber, while monounsaturated fats are better than saturated fats.

Buying Acai
Sambazon, in San Clemente, was one of the first companies to begin importing acai, about a dozen years ago, in a sustainable way. The key to maintaining acai's antioxidant benefits is to freeze it within an hour of picking. Since it must be kept frozen, it's shipped in dry ice.

A smoothie packet or two of acai.
Half a cup of apple juice (or soy milk).
One banana.
A handful of granola.

The acai and apple juice are mixed in a blender with three quarters of the banana. It helps to let the smoothie packet sit for a few minutes or 10-15 seconds in the microwave to make it easier to break up into quarters before adding it to the blender.

After blending, simply pour the acai mix into a bowl and add a handful of granola with the sliced up remaining banana quarter.

From this basic bowl, there's no shortage of other toppings that I've tried such as blueberries, coconut, and strawberries. 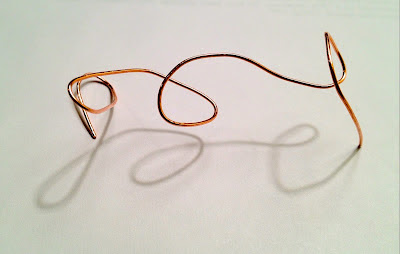 I've always been fascinated by shadow art. This afternoon, I tried it for myself. I guess that I don't need to sign this work of art since it's self-signing.
Posted by Joe Moreno at 5:43 PM 0 comments

The Supreme Art of War 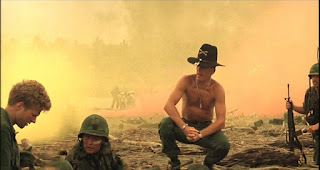 When I was in the Marines we often quoted Sun Tzu, the ancient Chinese military general who authored The Art of War. Even though it was written more than 2,500 years ago, the military tactics and strategies laid out in this treatise are still valid.
All war is based on deception.
Speed is the essence of war. Take advantage of the enemy's unpreparedness; travel by unexpected routes and strike him where he has taken no precautions.
Hollywood
Sun Tzu quotes make great sound bites.
In the movie, Wall Street, Charlie Sheen's character, Bud Fox, paraphrases Sun Tzu:
If your enemy is superior, evade him. If angry, irritate him. If equally matched, fight, and if not split and reevaluate.
Foggy Bottom
What isn't obvious is that it's the State Department, not the Defense Department, that practices the penultimate art of war.
The supreme art of war is to subdue the enemy without fighting.
Remember that Sun Tzu quote – it's key. Simply put, the art of war is to win without ever fighting a single battle. To get your way without shedding a drop of blood. That's the true art.
But, in order to attain this kind of supremacy requires such overwhelming force that it's rarely achieved. And, since war is so common, most of The Art of War discusses how to employ troops to take advantage of your enemy's weakness through maneuver, terrain, etc.
Posted by Joe Moreno at 2:06 PM 0 comments 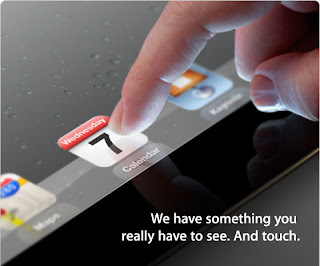 Wouldn't it be great if we could pay for only the TV channels we want?
Posted by Joe Moreno at 1:43 PM 0 comments