It's simpler to answer the second part of that first, why is it called the cloud? Simply put, it's called the cloud because, like an electron cloud, you won't not know exactly where an item is located, such as a single e-mail. In other words, like there isn't a clear boundary similar to a the edges of a cloud in the sky.

This segues into a qualitative description of the cloud. In the 1990s, before the cloud, it was simple to point to a single, on-premises, server to identify where a single e-mail resided. Nowadays, with services like Gmail, there's no single server one can point to where an e-mail resides. This is because the subject line of a Gmail e-mail message might be on one server, while the text body of the e-mail is on a different server with each attachment residing on their own servers. A single e-mail is spread out across multiple servers. 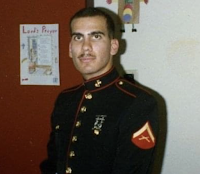 Every Marine knows the date, 10th of November, which makes the following day, Veterans Day, a bit different.

Veterans have Veterans Day to commemorate their military service on the 11th of November. And the Marines have the Marine Corps Birthday to commemorate their roots, one day earlier. All active duty and former Marines will wish each other a happy birthday on the Marine Corps Birthday. Marines will also tell you that the timing of these two back-to-back American holidays is ideal since it gives Marines a day off after their Birthday Ball celebrations and festivities. 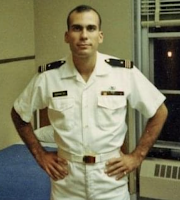 America’s military is a unique breed of people who are called to serve, not only to protect their country, but, more importantly, they’re called to serve through their oath: to support and defend the Constitution of the United States. The distinction between country and Constitution is vital because it prioritizes the principles spelled out in the Constitution ahead of the desires of our citizens or the values we codify in laws. 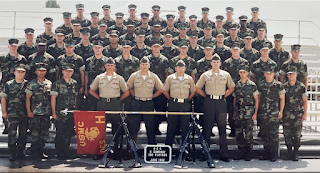 U.S. Marines are a unique breed of America’s military. While each of the military branches have different missions and specialties, one key fact that makes Marines different from the rest of the U.S. Armed Forces is that all Marines are combatants. They are all basic riflemen trained to locate, close with, and destroy the enemy by fire and maneuver, or repel the enemy's assault by fire and close combat. More specifically, the Marine Corps does not have doctors, dentists, chaplains, etc. However, since the Marines work so closely with the U.S. Navy (a separate military branch) they receive health and spiritual services from Navy doctors, medics (called corpsmen), chaplains, etc.

Veterans Day is officially observed with two minutes of silence at 11:11 AM PST to commemorate the ending of WW I on the 11th hour of the 11th day of the 11th month of 1918. (It’s celebrated at 11:11 AM PST instead of EST so that all time zones in the United States can celebrate it simultaneously.) Additionally, dozens of parades and ceremonies are held, throughout the country, along with deals, discounts, and freebies, to honor our Veterans. 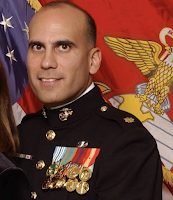 Even though active duty Marines aren’t yet veterans, they greatly appreciate having the next day, Veterans Day, off from work to rest up from the previous night’s celebrations.

Semper Fi and thank you for your service.