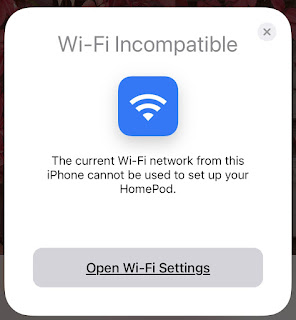 I was recently reminded of the unpleasant limitation of consumer appliances, such as Kindles or HomePods, on shared (public or semi-public) WiFi networks.

These shared networks typically don’t require a network password (WPA - WiFi Protection Access). Instead, these shared networks show up with the label, “Unsecured Network,” under the network name (SSID). The priority of these coffee shops and hotels is to limit access to the general public ahead of the security of hackers who are guests at their venue. It’s a better user experience, albeit less secure, for a hotel to authenticate by asking each guest to enter their last name and room number than it is to manage and promulgate a WiFi password like consumers do at home.

Unfortunately, there’s no simple solution for a venue guest other than to access the shared WiFi network using their own personal hotspot, if their appliance doesn’t have a Web browser. For guests of the venue, it’s very prudent to use their own VPN client to ensure their unencrypted network traffic is not being sniffed.

Cocktails (mixed drinks) became popular in the early 1800s. During the Civil War, the old fashioned concoction was in vogue and 40 years later, at the turn of the 20th Century, it was considered an "old fashioned" drink.

Although the old fashioned was a popular drink in the 1960s, it was virtually extinct by the turn of the 21st Century. Then came along the character Don Draper. Draper revitalized the drink, in real life pop culture, on the fictional TV show Mad Men. The series focused on the lead employees at a Madison Avenue advertising agency, hence Madison Avenue Men.

The old fashioned, in any of its variations, is a proper drink worthy, in caliber, of people I call friends.

Recipe
1 sugar cube
2 - 4 dashes Angostura bitters
2 oz rye or bourbon whiskey (I recommend rye)
1 cherry
1 small slice of orange with peel
A few ounces plain water
Preparation
In a lowball glass, add the sugar cube, cherry, and orange slice along with a few dashes of bitters and then muddle it. Mix in either rye or bourbon and a few ounces of water. Serve on the rocks.
You can also try Don Draper's recipe.
Posted by Joe Moreno at 3:05 PM 0 comments

Last Saturday, I noticed about a dozen people running by my home. It wasn't a race; rather, it was a running club. It turns out this little running club has been meeting at the park, a block from where I live, for decades. And, somehow, after living here for years, I've never noticed them before.
This morning, I decided to join them. There was a couple in their 80s who organized this small gathering of ten. The husband ran the course with us while his wife wrote down our names and finish times.

I quickly discovered this was a Sri Chinmoy running club and most of the runners were students of his teachings. The age range was from the mid-40s to nearly 90 years old.
After our workout we had a small awards ceremony around a statue of Sri Chinmoy that began with us reciting My Morning Running Prayer. Following the short prayer the run times were announced and each person received some food and a sports drink. All this for ten people.
I'll be back. It's too easy, especially since we run right by my home. 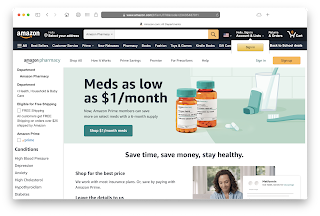