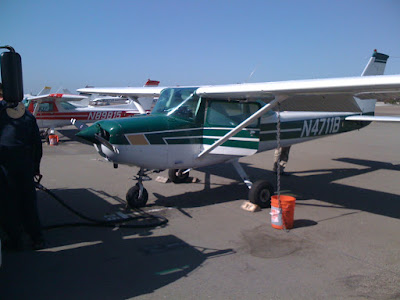 The key, for me, is to not try to land right on the numbers, especially since the runway I'm landing on is several times longer than needed for the Cessna-152 that I use for training. Instead, I've been holding the aircraft just above the runway and gently floating down onto it while flaring when just a couple feet off the ground. It seems to be helping. Stay tuned.
Posted by Joe Moreno at 3:32 PM