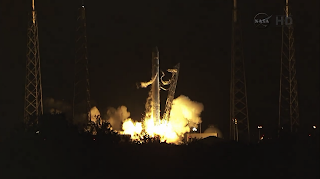 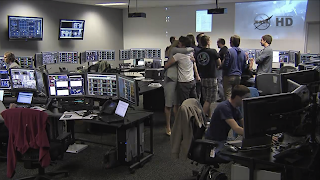 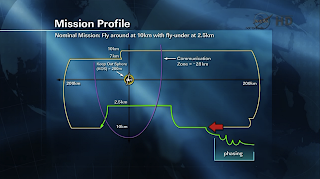 Unlike typical ISS resupply missions, the Falcon 9 Dragon capsule won't dock with the ISS under its own control. Instead, it will fly by the ISS following a specific path to demonstrate that it has the fidelity needed to safely approach the space station. Once it proves that it can safely navigate around the ISS, it will approach it and be picked up by the ISS's robotic arm for docking.
SpaceX CEO and co-founder, Elon Musk, said it best, "There's so much hope riding on that rocket."
Posted by Joe Moreno at 2:48 AM