The Right Way to Fire the Wrong Employee 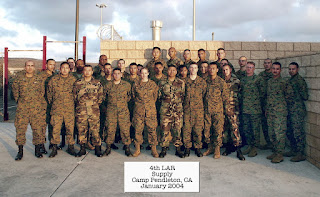 Direct reports should never be blindsided by their performance evaluations, good or bad.

Most companies hire employees "at-will," meaning either the employee or employer may terminate the employment relationship at anytime. However, when an employee isn't carrying his or her weight, the direct manager should try to correct the employee's behavior rather than ignore it.

Nevertheless, it's not easy to look a person in the eye and tell them they're not cutting it. I first encountered this situation when I was a second lieutenant in the Marines.

The Few. The Proud.

As a new supply officer for an infantry battalion, I worked with a staff sergeant who didn't provide the expected level of customer service. He was my direct report, with other Marines under him, and over the course of a year I counseled him numerous times following each incident of unacceptable behavior. The core of the problem was that he was focused inward, on taking care of our Marines, which is commendable; but he did it at the expense of our mission, which isn't acceptable. I frequently received reports from other staff NCOs and officers telling me what I already knew: he was immature, abrasive, and argumentative. The staff sergeant had an "us against them" attitude. He believed that others in our battalion were abusing our supply section. However, the real issue was a lack of understanding by others, outside of our supply section, about our policies and procedures. Unfortunately, rather than trying to educate others on how the system worked, he would simply reject their requests in a confrontational manner.

Fast forward to a year later. I've been promoted to first lieutenant and he's been promoted to gunnery sergeant and it was time for his annual performance review. Until the late 1990s, written performance reviews, known as fitreps, were grossly inflated to the point that nearly all Marines were rated outstanding or, at the very least, excellent. Anyone who didn't do a good job was usually rated average because it was easier to "damn with faint praise" than rank a Marine below average. A below average performance review officially made the fitrep adverse which required additional paperwork that most Marine officers wanted to avoid. It's human nature to not want to spend a lot of time on people who provide little value.

I discussed this issue with my peer officers when it came time for me to write up my annual review on the gunnery sergeant. We agreed that this Marine deserved an adverse report, but we felt it wasn't worth the extra paperwork. However, I couldn't bring myself to file the report as average. So, I filed it as an unsatisfactory fitrep, known as a "double signer" since it had to be signed twice. One signature for acknowledging the overall report, and the other signature to explicitly acknowledge that it was an adverse report. It wasn't that we hadn't discussed this possibility in the past, rather, he simply didn't think I would go through with it.

During this annual performance review I showed him my documentation of the issues I had discussed with him, during the previous year. The documentation included a mock fitrep I had drafted up on him a few months earlier during a checkpoint counseling session. During that checkpoint session, I presented the below average mock fitrep to the gunnery sergeant and said, "If I had to file a fitrep on you, today, this is how it would be." We talked about it in detail, but, in the end, he didn't heed my guidance and he disposed of my notional fitrep.

The other officers in the battalion deeply respected my decision to issue an adverse fitrep, including my commanding officer who was the reviewing officer – my CO fully agreed with my assessment.

The outcome to this process was complicated, as I knew it would be, since we were deployed to the Persian Gulf. "Firing" him meant he would have to continue to work under me, since finding a replacement wasn't practical. Needless to say, it was awkward and uncomfortable to continue working together. And, since we never saw eye to eye on customer service, not much changed. It's one thing to fire someone and have them be gone; it's another thing to have to continue to work together on a daily basis.

Something I liked about the Marine Corps, that is lacking in the corporate world, are candid evaluations when someone's not performing well. I've seen civilian managers, who had a problem with a direct report, complain about it to most everyone else in the office other than the employee with the issue. This behavior, on the manager's part is, at best, complaining and at worst, it's disingenuous leadership.

For me, this was a learn-as-you-go process and there's no better teacher than experience. More importantly, this experience has paid dividends, many years later, by teaching me to empathetically deal with problem people head on in order to maintain a responsibility to the long term.