Nostalgic for Friends and Tech 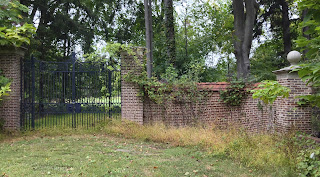 Nostalgia stimulates the brain with sentimental feelings for happy days gone by. Simple contact with friends and places from decades ago opens up a flood of memories like busting rust off an old gate hinge. Even painful memories endured by a group of people become pleasant in hindsight. Military folks, in particular, are predisposed to take pride in the very things they hate.

The past ten days have been exceptionally nostalgic for me along with hundreds of my classmates at our Naval Academy 20th reunion. Our reunion was nearly two years in the planning and it almost didn't happen due to the government shutdown. Our events were scheduled to begin on Thursday and end on Sunday with the climax being Saturday's tailgate at our home stadium in Annapolis. Since we were playing the Air Force Academy the Department of Defense was concerned regarding the perception over how the game could be viewed even though it's privately funded. Are football games between two military teams essential while non-essential federal workers are furloughed without paychecks?

Many of my classmates panicked when last Tuesday's official news stating that the upcoming weekend's intercollegiate sports at the service academies had been suspended. Most had bought reunion tickets and made travel plans months ago. A last minute cancellation would be costly for all of the families.

As the class president, I, along with our reunion chair and the heads of our key reunion events immediately started receiving e-mails, phone calls, texts, and Facebook messages on Tuesday afternoon asking for clarification, refunds, contingency plans, etc.

At the time I didn't realize how concerned some classmates were. But, in the interest of time I scheduled a live webcast for 9 PM EDT on Tuesday since we couldn't keep up with the deluge of requests for information. It wasn't until later that I realized how helpful the webcast was when people continuously thanked me, through out the reunion weekend, for hosting it. When I initially planned the webcast I thought that it might be a little over the top and I only expected a handful of live viewers. 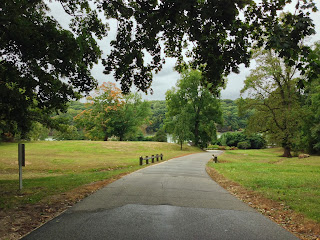 We had about 70 people tuned in throughout the live webcast. My classmates could type their questions in the group chat window while we answered questions for more than half an hour. Evidentially, giving my classmates a couple friendly faces to look at while telling them everything would be okay and simultaneously answering their questions in real time was priceless. Recording the webcast for later viewing was a big win, too, especially since it could also be viewed on mobile devices.

I got very lucky with the webcast considering I only spent about 45 minutes preparing for it. I love it when technology just works.
Posted by Joe Moreno at 2:55 PM