Why is it Called Coding?

This piece is a response to this morning's Facebook and scripting.com post, What "coder" means and why it's bad by Dave Winer. I originally wrote this as a Facebook comment and then posted it here on Mea Vita: Carpe Diem. 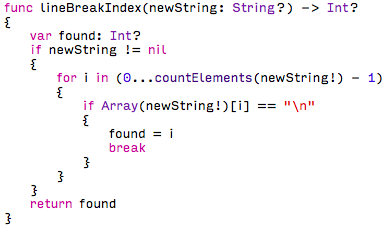 Dave, I read your Facebook post and scripting.com piece, What ‘coder’ means and why it's bad. I think you and I are seeing eye-to-eye.

Some might say we’re splitting hairs, but this distinction is important since good definitions make for clear ideas.

The terms coder is too generic to describe what we do. The problem is similar to a painter. The guy who paints my living room is a painter; and so is Frida Kahlo and Pablo Picasso. The former has to paint inside the box, the latter outside. While we also describe the latter as artists, that term also has problems since it's too broad.

Coding is what we do when we write code and it's what a writer does when s/he writes prose. But we are not coding when we design a database, develop an API, or architect a server farm. These tasks are more than coding, they’re engineering since we’re synergistically engineering software. The sum is greater than its parts.

I think all software engineers are coders, but all codes are not software engineers. Perhaps programmer and coder are closer synonyms. The problem with the term programmer is it's not specific enough. Programmers can also be DJs who strategize radio station formats. In an archaic sense, programmers used to also be people who set up manual programs to sell large amounts of stock (this is different than computer guided program trading).

Some companies put programmers in restrictive boxes by only allowing them to code to spec. It’s an assembly line that lacks innovation and squelches initiative. It's much like the painter I hire to paint my house who has no say in the color or pattern.

Coding just happens to be the most visible part of software engineering. It’s dynamic, mostly linear, and more tangible than an API or database schema, so that’s how the layperson describes it. Plus, it's a single word. It's much catchier to say, "I'm coding," vice "I'm software engineering."

PS – I noticed that I have a coding category on my blog, but I don't have a software engineering category. That's changing with this piece.
Posted by Joe Moreno at 9:36 AM