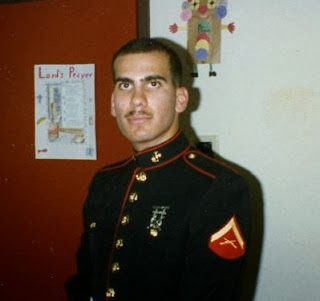 As a Marine private, I would be punished if I showed up 30 seconds late to muster. Yet, it wasn't a problem if an officer showed up late. Clearly that was a double standard – late is late, no matter your rank.

When I was a corporal I saw a fellow Marine, who was one rank lower than me, get caught shoplifting a pair of socks at the PX on Camp Pendleton. His reason for doing it? It seemed too easy to get away with it.

He ended up getting punished at office hours, reduced in rank, placed on restriction, and he had to forfeit two-thirds of his pay for a couple months.

Other than this infraction he was a model Marine – he followed orders, set a good example, and he was one of the fittest and fastest runners in my battalion of over a thousand personnel. A couple years later he applied for a prestigious assignment, embassy duty. He was accepted into the program and, not surprisingly, he did very well.

The Marines typically preach: To err is human, to forgive is divine. Neither of which is Marine Corps policy. But an enlisted Marine's ability to overcome a momentary lapse of judgment is a testimony to the belief that mistakes, even dumb ones, can be overcome.