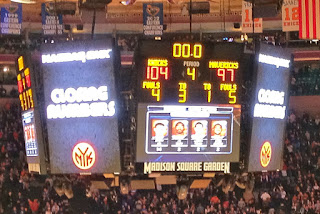 How did the NBA miss out on Jeremy Lin's talent? It's not as if he hit his head and then, suddenly, he could play.
This afternoon, I watched the Knicks play at Madison Square Garden - along with Kevin Costner and Mark Zuckerberg (they had better seats).
Three things will stick in my mind about today's game: The Knicks won an exciting game while I watched with new found friends, Linsanity played a great game, and I witnessed a spectator win a car by making a half court shot during a commercial break.
Post Game
After the game we were discussing our observations. How did Lin go overlooked for so long? Probably because he simply didn't fit the profile. About 55 years ago, two guys named Joe and Harry came up with the four quadrant Johari window which helps people better understand mental instability (what I know about myself, what other's know, what I don't know about myself, and what other's don't know).
While the Johari window applies on a personal level, it can be expanded, in a somewhat related way, to the group level, better know as selective attention. Sometimes, things appear right before your very eyes and you completely miss it until someone points it out.
How good are you at counting? Today, at dinner, Dave Winer pointed out how, when kids are asked to count how many people are in the room, they overlook themselves.
In the spirit of today's Knicks game, try your hand at selective attention and count how many times the basketball is passed in the following video.
You'd be amazed how many people miss it. I certainly did the first time I watched this video.
Big Thank You
I have to send a big thanks to Dave Winer for coordinating today's event and buying the tickets. I haven't been this excited over a game in a long time. Perhaps my wife and I should move into the city. 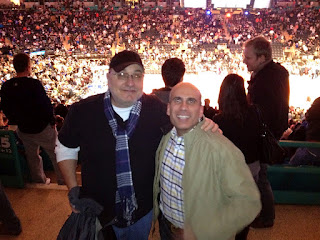