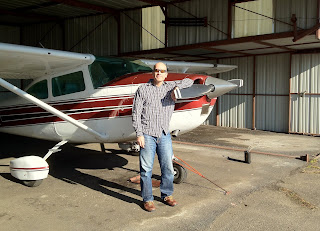 Instead of trying to solve every possible problem when developing new technology, start with the simplest solution for the most important use case.

Apple
Apple is king at accomplishing this through design and UX. Instead of trying to boil the ocean, Apple focuses on the clean and simple solution that will account for the vast majority of use cases.

Amazon started off selling only books - instead of everything under the sun. Why books? Because, other than a few specialized products such as jewelry, books are some of the most valuable items/volume that consumers purchase regularly.

When eBay launched their website, they didn't attempt to solve the clearing house problem dealing with the small amount of fraudulent buyers or sellers who failed to deliver the goods or funds, as agreed. There are courts and people's reputations to solve bad service issues.

First in Aviation
The Wright brothers were the first to make a controlled, human flight, in a heavier-than-air powered machine at Kitty Hawk, NC.

How was it possible that two bicycle mechanics were able to invent the airplane where others, before them such Langley and Chanute, had failed? The answer is straightforward, they simplified the problem.

Langley and Chanute tried to solve two key aspects of aviation at once: flight and inherent stability. Inherent stability is a key feature of boats. As a boat rocks back and forth due to wind or waves, it inherently rights itself (so long as it's not flipped or flooded).

The Wright brothers decided to forgo the inherent stability problem of flight and they took a simpler approach to solving the aviation challenge by borrowing from their experience as bicycle mechanics. A bicycle - the most efficient human powered machine - is inherently unstable. It cannot stand up, on its own two wheels, if you let it go.

A bicycle's stability comes from two key principles: the rider continuously shifting balance and the bicycle's movement (centrifugal and gyroscopic forces created by the spinning wheels). Keep your center of gravity over the two wheels while moving and all is well.

The Wright brothers were able to solve the airplane challenge first because they solved a simpler problem basing their solution on a bicycle's principle of instability over that of a boats inherent stability.

While simpler doesn't guarantee success in tech or business it's usually a good starting point.
Posted by Joe Moreno at 1:55 PM