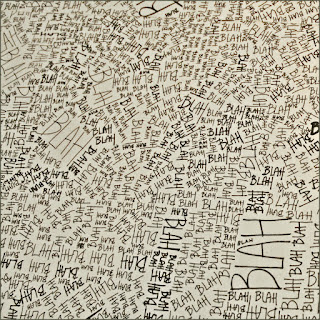 But, there is serious discussion to remove the 140 character limit in tweets.

Removing a tweet's 140 character limit is the equivalent of showing up at a haiku conference and telling everyone to stop using 5-7-5 and, instead, to use 7-5-7 since that would generate more content.

If Twitter removes the limit, what will differentiate it from other platforms, such as Tumblr, Medium, Blogger, etc? Twitter has recently removed this limit in their direct messages and I've already felt the negative effect of this decision.

In Corporate America, we detest e-mail because of its unlimited length. But Twitter's loved because it's short and to the point. The beauty of 140 characters is I always finish reading what I've started. ​It keeps everything short and to the point with the option to link to detailed content.

A few weeks ago, I blogged about the benefits of the 140 character limit in direct messages (DMs). Recently, I had a customer service issue I addressed through DMing. My DM was not read, in detail since it was more than 140 characters. The CSR asked me for information I had previously included in my original DM. At 500 characters, my DM, written like a short e-mail, was too long. It's a fast and noisy world out there – clear and concise communications is appreciated more than we realize.

We the People of the Internet used to enjoy Posterous.  It was a longer form than Twitter, but simpler than Tumblr. You could even blog on Posterous without setting up an account. Then Twitter acquired Posterous and shut it down (so as to not compete with Twitter). Twitter gave me my Posterous content, but it looked nothing like it did when Posterous was alive and kicking.

My favorite part of Twitter is the absence of an over-lawyered, one-sided, postscript disclaimer: This E-mail and any attachments are private, intended solely for the use of the addressee. If you are not the intended recipient... When has that disclaimer been of any use in an e-mail? Increasing the Twitter character limit beyond 140 characters will definitely add more noise. And I also fear that it would lose its simple two-way dialog via mentions.

For me, the personal beauty of Twitter is it has improved my writing, in a Hemingway sense. I enjoy writing fact, fiction, non-fiction, and narrative. A key to writing well is using the active voice which is direct and to the point, much like Twitter. Many times, I've drafted a "long-winded" tweet, that wouldn't fit into 140 characters, and had to pare it down to a more active voice:

never heard before vs. never heard
tell anyone else vs. tell anyone
a friend of mine vs. a friend
taking care of vs. fixing

How much better would Twitter be if it expands beyond 140 characters? Fundamental changes like this are bold risks. Perhaps it will payoff. Then again, what is haiku without 5-7-5?

PS – Tweetstorms, on the other hand, are a great way to link tweets together to say more.
Posted by Joe Moreno at 8:00 AM