In the ancient days of social media (circa 2008) people frequently said, "I don't get it." Back then, people didn't realize that social media was simply taking our spoken conversations about nothing and moving them online. But, as more and more people got involved an interesting crowdsourcing phenomenon began to unfold.

I first observed this crowdsourcing solution in the fall of 2008 when Guy Kawasaki forgot his MacBook power supply.


At the time, I was at home about 40 minutes away and I could have easily made it to Coronado by the top of the hour. After thinking about it for five minutes I responded to Guy's tweet but it was too late. Jerry Jones had sealed the deal. However, I did get an honorable mention from Guy (back then, my Twitter username was @JoeLeo.) 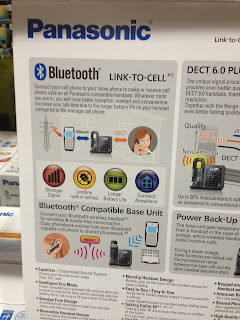 About two years later, I explicitly and successfully tried crowdsourcing to figure out the name of song. It's amazing when it works.

What struck me, today, is that crowdsourcing via social media still works. So much so that we simply take it for granted.

Last week, I reminisced about telephone landlines. I was imagining a home phone solution where my cell phone would link to a ringer so that I could hear it ring throughout the house without carrying it from room to room.

A college buddy quietly observed my tweet and found what I had described when he was shopping at Costco, today. We joked that he was my personal social shopper. He found several models, but the Panasonic KX-TG155 seemed to foot the bill as he passed along a photo of the collateral.