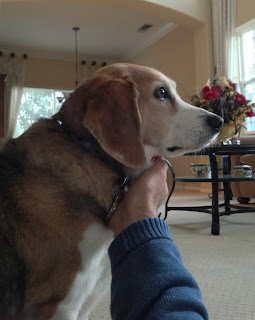 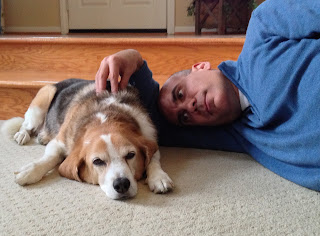 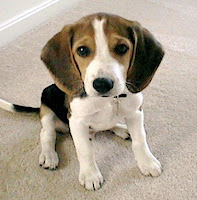 
Some last licks on Saturday night.
Posted by Joe Moreno at 8:58 PM

I'm so sad to hear about Cocoa, he was a good dog, a sweet little beast. I remember him when he was just a pup and the part they don't tell you about when you get a dog, is how hard it is to let go of them. Most of us hold on probably longer than we should. There's not a lot you can say about this moment except that I've been there, I know how it feels and it's the price we pay for years of loving companionship. I send my best to you and Laura.

Thanks Tony. I really appreciate that.