What Happens When You Give Apple A Good Idea? 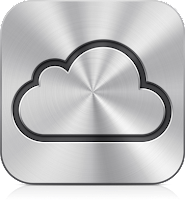 Last year, an iOS developer created the "WiFi Sync" app which allowed the iPhone and iPod touch to sync wirelessly with iTunes over WiFi. Unfortunately for the developer, Apple rejected his app and then implemented the same WiFi sync feature which Steve Jobs announced at last week's WWDC keynote presentation.
There's no way that Apple can say they didn't know about the WiFi sync app. AppleInsider reported that the developer was told by Apple that the app didn't "technically break the rules" and that Apple engineers "were quite impressed." Should Apple get away with this?
In many ways, the App Store is a just store, like amazon.com or drugstore.com. Vendors can present their products to the store and the store can stock their shelves with the vendor's items or reject them. It seems that this WiFi Sync incident is the equivalent of asking Walmart to sell your widget and then, after they turn you down, they manufacture and sell the widget themselves.
Vendors are free to sell their products elsewhere if they're turned down. So, where does an iOS developer take their app when it's rejected by Apple? You can either port the app to another platform, such as Android, or you can sell it at Cydia, which is a store for jailbroken iPhones, iPads, and iPod touches.
But, there is still one very interesting question: Why did Apple reject the WiFi Sync app in the first place? Apple has never had a policy of not introducing new features for fear of making third party apps obsolete. In one swoop, last week, iOS 5 made not only a few apps, obsolete, but it also antiquated entire categories of third party apps.
Apple’s Unsolicited Idea Submission Policy
When I worked at Apple, we highly discouraged people from telling us their ideas. There are practical legal reasons for this: history has no shortages of two parties simultaneously inventing the same thing at virtually the same time. When I was in college, my roommate told me that he had an idea for a laptop keyboard that was backlit so you could, as I'm doing right now, type in the dark. Lo and behold, Apple was the first company, that I'm aware of, to sell such an invention and I never communicated my roommate's idea to anyone else.
Apple's idea submission policy basically says:
Don't send us your ideas. If you do, their contents will automatically become Apple property and you will receive no compensation.

Click to see Apple's full policy
So, legally, this WiFi Sync incident might not be any different than the Walmart scenario. But it just doesn't feel right. It feels very... Microsoftish.
Posted by Joe Moreno at 9:17 PM