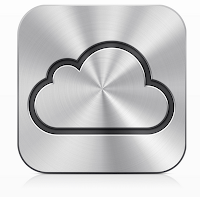 During this week's keynote address at Apple's World Wide Developers Conference (WWDC), Steve Jobs pointed out, with the introduction of iCloud, that Apple's iOS devices, such as the iPhone and iPad, can be standalone devices. In other words, you no longer need a personal computer to configure, set up, or update Apple's mobile devices.

This is more than just a great convenience and I don't think many people get it... yet. 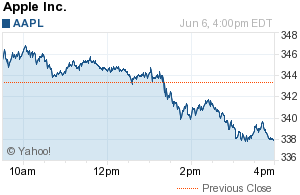 Wall Street
Wall Street, as predicted, always wants more. Yesterday, investors were looking for a pleasant surprise like an iPhone 5. But it wasn't to be and Apple did its best to set expectations with last week's "preannouncement announcement" that this year's WWDC was all about software.

Investors were looking for things that Apple could sell and the most expensive WWDC announcement was that the next operating system version, Mac OS X Lion, which will cost $29.99. Apple also announced that iTunes Match will cost $25/year but everything else was free. On top of that, Apple will stop charging for MobileMe; so that's even more lost revenue.

Growing Market Share
In order for Apple to continue growing, it needs to sell more things and their best bet is to expand their market. Otherwise, just like the iPod, the iPhone and iPad market will become saturated. While Apple is great at making their own products obsolete, they still need to get bigger and iOS 5 is their answer. 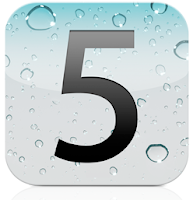 In 2005, when you couldn't swing a dead cat without hitting someone listening to an iPod in the U.S. and Europe, I had the opportunity to live in East Africa. As an Apple employee, living in this poor part of the world, I was stuck by two things. First, was the obvious lack of iPods being used by any of the locals. Second, when it came to technology, their life revolved around their mobile phones. I was amazed at the advanced state of East African Cell Phones. They were texting well before it was popular in the U.S.

Leaping the Digital Divide
In a developing country, a $1,000 personal computer is nearly a year's pay when living on $3/day. But, poor doesn't mean that they don't want high tech solutions - I can't afford a yacht, but I'd still like one. The beauty of mobile phones is that even the poorest of developing countries already have the wireless infrastructure in place.

I can easily see people in developing countries skipping over personal computers, much the way they skipped over land lines, and acquiring standalone networked mobile devices, such as iPhones and iPads running iOS 5. Also, many of these people are unbanked, but with services like PayPal and Square, they can find ways to keep their money safe. It may sound strange, but, it's no stranger than when I saw Maasai, who lived in mud huts, pull out their cell phones to text money to each other... and that was six years ago.
Posted by Joe Moreno at 11:01 PM

The reason investors want new hardware is new hardware means high sales revenue the next quarter and thus raised earnings. It's all very short term stuff. Visionary services and redefining the market doesnt increase next quarters eps. despite Apples continued statements that there would be no HW, these investors still think maybe Steve will do a one more thing and when it doesn't happen they sell and go looking for the next quick buck. Leaches.