I was at Apple's World Wide Developer's Conference (WWDC), in 2004, when Apple announced a subtle change to their UIs. Specifically, Apple announced that they were going to begin branding search fields with rounded corners, instead of square corners found on regular text fields. 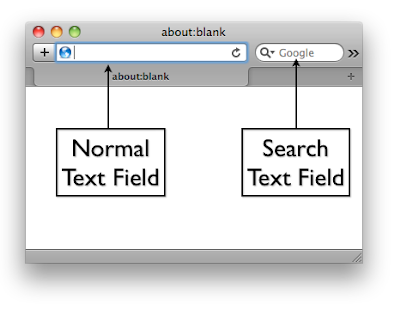 This change is not a big deal and it works well since people are already familiar with text fields. Also, most people won't even notice the difference between square and rounded corners. More importantly is the fact that Apple announces and documents their UI design changes.

A quick glance of the HIG shows how Apple explains each detail of UI design. Of course, developers are free to deviate from the HIG. But, since most developers tend to create things that are "engineer ugly", they're usually more than happy to follow these guidelines.
Posted by Joe Moreno at 3:28 PM