American Health Care. Is it Un-American? 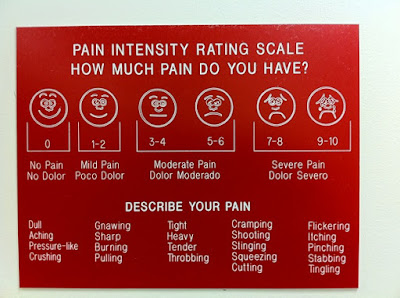 Yesterday, I spent about ten hours as a visitor (not a patient) at a hospital emergency room (ER). During that time, I heard a good number of stories. Several members of the staff told me that, for some reason, they'd been swamped since the New Year with three to six hour ER wait times for their patients. But, during my visit, I heard, first hand, the story of one patient which stood out as a symbol of our out-of-control health care costs.

Can't Breath in Japan
A young man was admitted with a breathing problem who was very pleasant until the nurse started explaining how much his ER visit would cost.

He was genuinely shocked when he was informed that his visit would cost $750, based on the hospital's flat rate level for a person in his unemployed and uninsured financial situation. He was told that this amount was a big savings when compared to an insured patient's billing. As the nurse started to explain how the costs would be billed he kept nervously interrupting her to say, "$750 is too much to charge a person to be treated".

His breathing problems began as a result of sleeping in a dusty and moldy apartment when he was in Japan, several weeks ago. He told the nurse that his hospital visit in Japan cost only $15, which also included a medical inhaler that was provided to him and instructions to stop working out for a few weeks. That treatment was working well, until the last day or so.

The young man told the nurse that he had no income, since he was unemployed, and that his hospital bill would probably end up being referred to collections. The nurse told him that, in order to qualify for any of the hospital's flat rate, reduced cost, plans, he'd have to leave a token deposit. His question, "How much do you need?" was literally answered with, "How much do you have?"

He dug around and gave her all the cash he had in his pocket: $7. Obviously, this American, who was a very fit and healthy young man, received a rude awaking to our country's health care costs.

O Canada, I'm Having a Heart Attack
Last Memorial Day, while visiting Canada, Guy Kawasaki had symptoms that mimicked a heart attack. A trip to a Canadian emergency room cost him a grand total of $853.04 with a final diagnosis of pneumonia. Guy said that his bill was about $9,000 less than he expected for his visit which included three ECGs, one blood test, one chest x-ray, two aspirins, and a few hits of nitro.

Congress, Security, and Health Care
I have no doubt that Representative Giffords is alive, after this past weekend's shooting, due to America's outstanding and world leading health care. But, does our health care have to cost as much as it does? More than $750 just to walk into an American emergency room verses $15 in Japan, or $853 in Canada for a complete ER heart attack symptom workup.

While these two examples of ER visits are cherry picked, they still represent the actual costs paid by any foreign national in the respective countries. Costs paid by local nationals would actually be less.

I'm sure that personal security is foremost on Congress's mind in the wake of this past weekend's shooting. We all hope that this shooting is a one time incident and the odds are very good that it is. Only one member of Congress has ever been assassinated in the line of duty: Congressman Leo Ryan was assassinated at Jonestown, Guyana on that faithful day in 1978 when more than 900 people drank the Kool-Aid.

But, once decisions are made regarding the security of Congress, I hope they can bring some sanity to health care costs. I'm not asking for socialized medicine (or, maybe I am, depending on your definition), but $25 for an aspirin is obscenely excessive. Do we begin with the health care providers, the health care insurance companies, the malpractice insurance companies, or our legal system? Or, do we just surrender, chalk it up as "too hard", and accept the status quo?
Posted by Joe Moreno at 12:47 AM