I saw a screening of Catfish, last night, courtesy of a San Diego TweetUp organized by @JBruin and @ThePegIsIn. 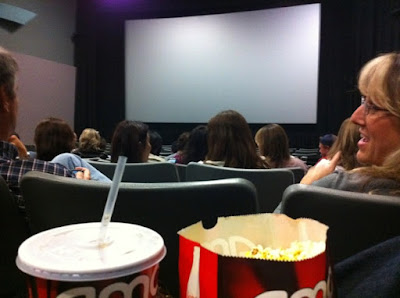 Catfish is a raw documentary that was all the talk at this year's Sundance Film Festival. The movie follows a 24 year old New York photographer as he establishes a relationship, on Facebook, with a family whose eight year old daughter is a prodigy artist. The family lives in rural Michigan and the film takes an interesting twist when the photographer makes a surprise visit to see the family since he's established a romantic, online, relationship with the older sister.

It's a good movie and I particularly enjoyed the cinematography as they filmed a laptop display for the movie credits and used Google Earth to show different locations.

I don't want to give away anything, but think: Walter Mitty meets Facebook.
Posted by Joe Moreno at 9:36 AM