While I greatly appreciate the pats on the back and the "Thanks for your service", I'd like to keep in mind that's for Veterans Day while today's a day to remember those members of the Armed Forces who gave their life while in the service of our country.

In the center of Memorial Hall, at the Naval Academy in Annapolis, MD, is a case which lists the names of the graduates killed in combat. Here are some who've recently made that sacrifice. 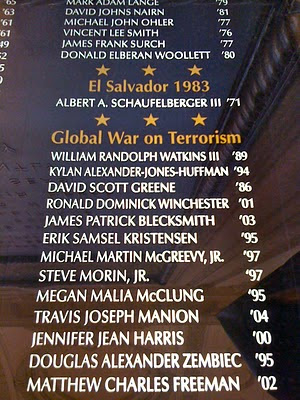 Although not killed in action, three of my classmates have made the ultimate sacrifice while in the line of duty and their names are etched in stone on the wall of Memorial Hall. 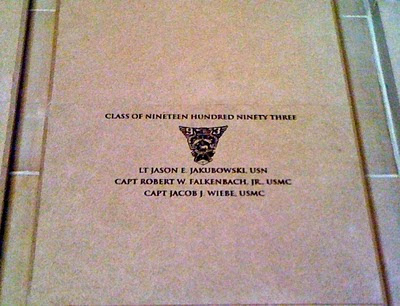