Many years ago, my neighbor, Wynne Trenholme, who's now in his mid 90s, gave me several lunar module training manuals. Tonight, I scanned one of manuals into a PDF (Introduction to the Lunar Module programmed text, March 1969). This manual introduces the student astronaut to the LM's electrical power and environmental controls along with explosive devices and propulsion & reaction controls as well as some other lunar module systems.

The other two manuals I have which are equally as fascinating:
1. Self Instruction Programmers Study Guide Lunar Module, October 1968.
2. Untitled, April 1969. This manual contains mostly diagrams of the LM-5 (Eagle).

Diagram from Introduction to the Lunar Module

I've always been fascinated by the Apollo program. Especially the lunar module since it was built where I grew up (Long Island) and it was the first spacecraft designed to work entirely in the vacuum of space.

Over the past few weeks, my interest in the space program has been re-energized for two reasons. First, because of the 40th anniversary of the Apollo 11 mission. Second, because a college classmate of mine, Chris Cassidy, is currently in orbit on the space shuttle Endeavour (STS-127). I travelled to Florida to watch Chris's launch. It will probably be the only shuttle launch I'll see since there are only seven more planned before the space shuttle is retired. 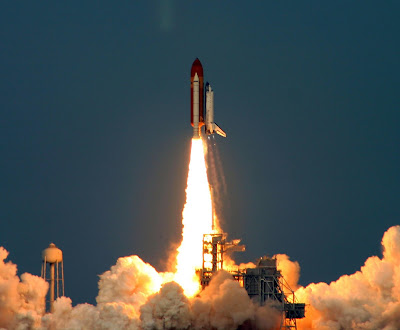 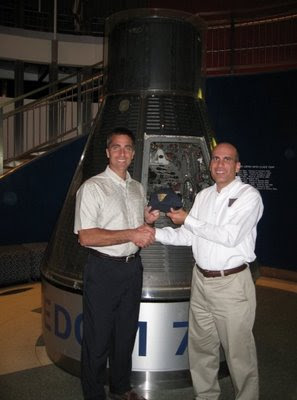 Presenting Cassidy with a USNA 1993 ball cap to bring into space. 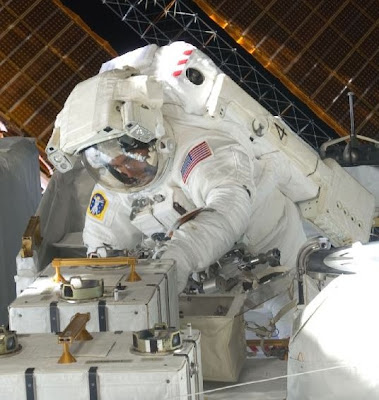