Intro to Quantum Computing (Everything I know) 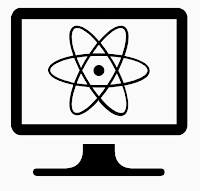 Quantum computers are vastly different than digital (classical) computers. Let's start with the basics in this blog post.

Digital computers store information in classical bits. A bit can only be a zero or one.

Quantum computers store information in quantum bits (qubits). A qubit can be a zero or one or negative or both zero and one at the same time due to the wave nature of superposition (Yes, this is a real thing... more on this in another blog post).

Digital computers use a von Neumann model with a CPU, ALU, and memory to store instructions and data, all made up of transistors. Physically, bits are stored in integrated circuits (chips) at room temperature.

Quantum computers store and process data using quantum error correction to manipulate quantum objects (electrons, photons, nuclei, etc). Physically, qubits are stored in quantum objects at less than 1 Kelvin (about 0.015 Kelvin) to remove any thermal noise that could disturb them.

Digital computers increase performance by a factor of two for each bit added (2n).

There are four operations that can be performed on a single bit: NOT, Identity, Set 0, Set 1.

1. NOT: Flip zero to one or one to zero. Think: clicking on a checkbox on a web page.

2. Identity: Multiply by 1 to keep the same value (identity). Think: core memory readout, which is destructive so the bit must be saved back into memory when reading.

With digital computers, only the NOT and Identity are reversible gates. Quantum computers have other gates to make non-reversible operations reversible.

Since all quantum computer operations are reversible, output from one operation can be fed back into the same circuit to recover the original input.

It seems, before 2020, researchers viewed quantum computing as primarily a scientific goal, with relatively little immediate bearing on the future commercial viability of quantum computing. However, that has quickly changed with Honeywell, Amazon, and Microsoft entering the market.