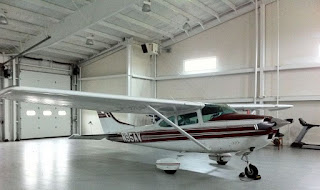 A Marine buddy put me in touch with a former Air Force C-5 Galaxy pilot who's interested into purchasing a plane for himself. He wanted to know my experience, so here is the crux of it...

For starters, when looking for a plane, checkout Controller.com. It is one of the best ways to find a plane for sale. When purchasing a plane, obviously costs are one of the biggest issues.

Since I bought an older plane, it was one tenth the cost of a brand new plane from the factory (I then added in avionics to turn it into a glass cockpit panel).

You’ll want to know how many hours are on the engine since its last major overall to compare costs. For example, two of the same make/model planes for sale, with the same number of flight hours on the airframe, might cost very different amounts if one plane has 100 hours since its last major overall and the other has 1,700 hours since it last major overhaul. Piston engines typically last 1,800 – 2,100 hours before needing an overhaul. And pricing is straight forward. For example, a new engine might be worth $40,000, and at 1,000 hours, it would be worth $20,000, at 1,500 hours it would be worth $10,000, etc. (i.e. I’m figuring $10,000/500 hours of use).

Annual inspections will be your biggest cost. Over the years, my annual inspections have run anywhere from about $2,500 to just over $20,000 when I had a cylinder overhauled and my propeller and windscreen replaced. Keep in mind with a twin engine plane, you’ll be paying close to 1.5x - 2x more for your annual inspections since two engines need to be inspected.

Ideally, you’ll want an aircraft that has all of its logbooks back to the beginning, when the plane shipped from the manufacture. This will tell you about issues and accidents. My plane was in two crashes/hard landings around 1988 and 1992 which have never been an issue for me. My opinion is if a plane was in an accident many years ago, and it’s been flying regularly since then, then all should be well. I would be very hesitant to buy a plane that was in an accident within the past couple years for fear of an unknown surprise.

Don’t forget about partial ownership, which is very common. Rather than purchasing the plane yourself, you could go in on it with 1 - 3 others and split the purchase costs and maintenance.

When I found the plane I wanted to buy, I took it to a maintenance shop to conduct a pre-sales inspection. A couple issues came out of that inspection which gave me the ability to further negotiate down the sales price.

After buying my plane, I had to pay use tax (sales tax) and an annual property tax. In San Diego, I pay about $550/year in property tax on the plane.

Surprisingly, insurance isn’t required for owning or operating an airplane as a private pilot (part 91). I got my insurance through AOPA and I pay about $1,500/year for a “smooth million” of insurance across the board (I’ve never needed it, so far).

These are some of my thoughts, off the top of my head.
Posted by Joe Moreno at 8:39 AM