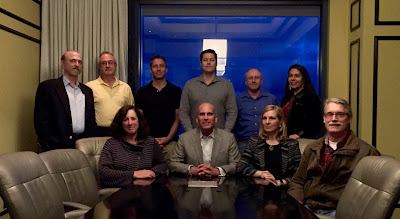 Delegation is an important leadership action. However, it’s critical to fully understand what can and can’t be delegated. In order for a leader’s subordinates to be fully empowered, the leader must delegate their authority. This is the reason a military policeman, with a low rank of private, can detain, ticket, and even arrest a colonel on a military base. Specifically, the commanding general of the base has delegated their authority to the military police.

Failed leaders who don't understand this are easy to spot since they are quick to blame and they frequently throw their direct reports under the bus, which creates zero loyalty. It doesn’t maintain a responsibility to the long term.
Posted by Joe Moreno at 8:54 PM