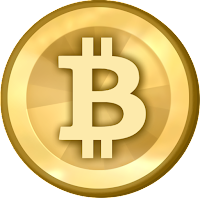 Blockchain could be a game changer for non-repudiation, but it might take many years to be adopted/go mainstream, much like Boolean algebra (AND, OR, XOR, NAND, etc). Boolean (truth) logic was useless when it was introduced in the mid-1800s and now it’s the backbone of electrical engineering and computer science.


Blockchain works like this: You and I sign a contract for a sales transaction (i.e. when you sign the credit card receipt at the point of sale). It's printed on paper and we don't want the other party to lose or change the contract. So, we cut up the contract into pieces, like a jigsaw puzzle (think of this as encrypting the contract). The puzzle pieces are placed into a lockbox for which only you and I have the key. Our lockbox (let's call our lockbox OURS) is then welded to another lockbox (called THEIRS) and info from each lockbox is written on the other. Written on the outside of the lockbox is: "I'm OURS and I'm attached to THEIRS." In essence, lockbox OURS has public info about lockbox THEIRS and vice versa, so all the lockboxes know who they’re suppose to be attached to. Another customer comes along with their lockbox (called SOMEONEELSES) and it's welded to our lockbox, forming a chain of three lockboxes with OURS in the middle. This chain of lockboxes is always shared publicly. The public can see all of the lockboxes and how they're attached to one another, but they can't see what's in side of each one.

If this chain is tampered with, then not only would someone see a missing link in the chain, but even if the two lockboxes on either side of the missing link were reattached, the info on the newly attached lockboxes wouldn't be correct for their new neighbor.

(Think of blockchain as quantum encoding, if one piece is changed, even by mere observation, then it all breaks down.)
Bitcoin might be touted as a currency, but the IRS has ruled it as property much like gold, which is a good call. Gold has real value (in addition to practical uses in electronics), but it’s not a currency.
The key problem with Bitcoin is its volatility. Investors hate volatility – hustlers love it, and the latter use it to hook in get-rich-quick believing consumers over FOMO (fear of missing out).
A few years ago, someone sent me 0.0001 Bitcoin. At that time, it was worth 7¢, today it would be worth $1.38. A fantastic appreciation, but a totally unpredictable gamble. I don’t think I’ve seen a single Bitcoin transaction used “in the wild” (i.e. purchasing an item, in person or online). Of course, there’s nothing wrong with owning some Bitcoin, I would just consider it a long shot, not an investment.

Since mid January 2009, the inventor of Bitcoin (Satoshi Nakamoto) hasn't spent a penny of his original Bitcoin. The public Bitcoin transaction log shows that Nakamoto's account contains roughly one million Bitcoins. As of 17 December 2017, this is worth over $19 billion making him (or them, if it's multiple people) the 44th richest person on earth.