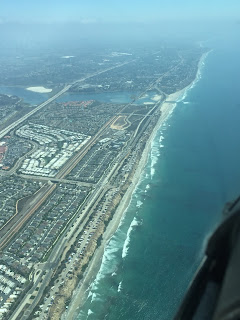 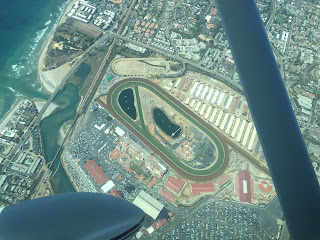 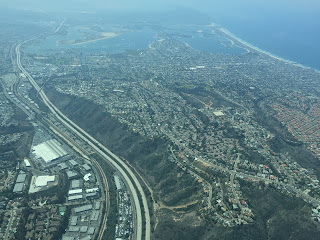 As I completed my first 360° the tower cleared me to land where I could see a line of planes, leading to the runway, waiting for their departure clearances. That's when I realized the reason for the congestion at Montgomery Field was due to the fact that the airport has three runways and two were under construction. Usually, the two parallel runways at the airport are in use, simultaneously. With the beautiful weather bringing out private pilots, like me, and every plane vying for the same runway, it made flying a bit more exciting. Unlike driving, flying alway yields new learning experiences.
Posted by Joe Moreno at 5:29 PM

WOW what a trip!!