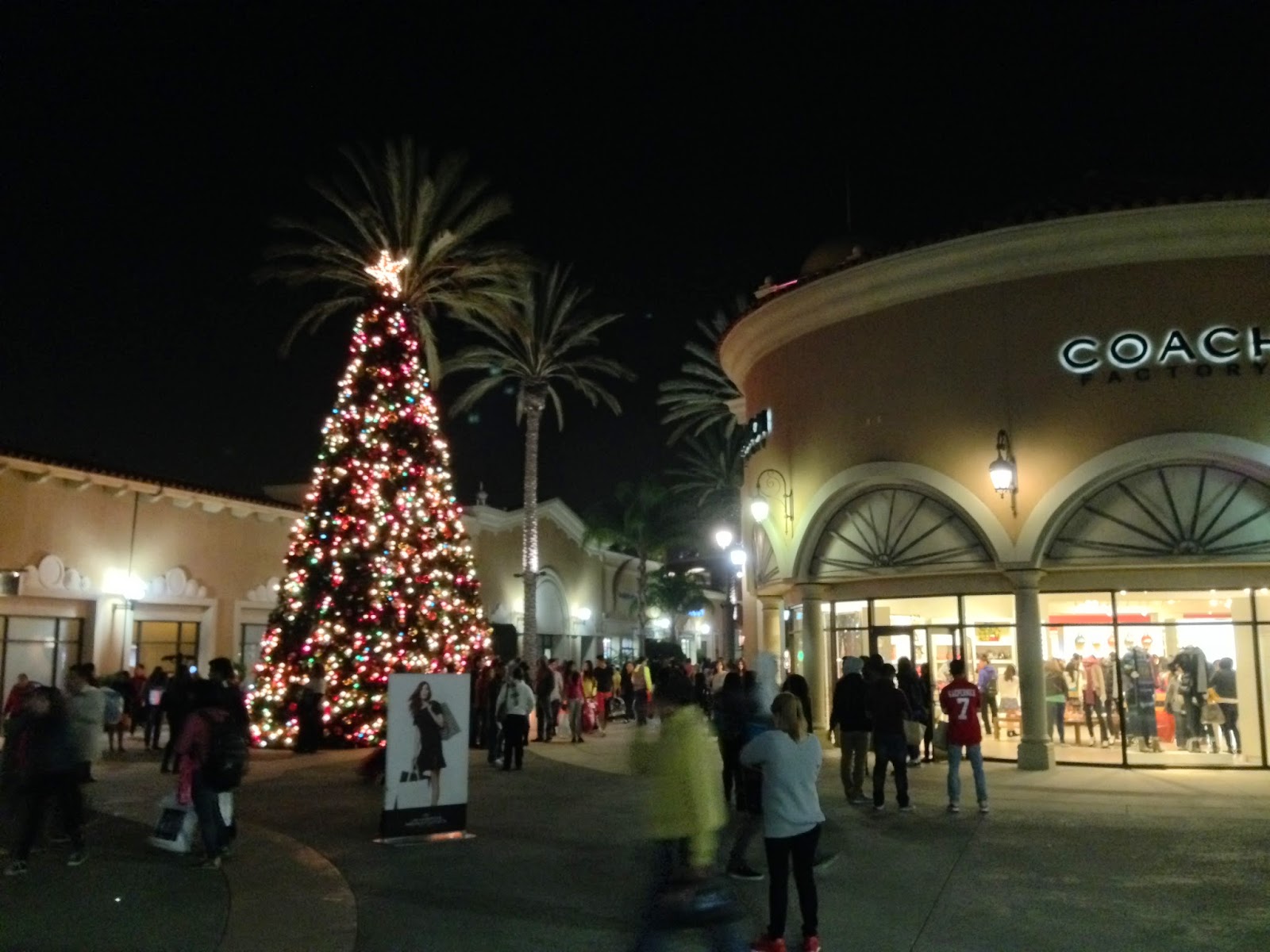 What was I doing just shy of the Mexican border at midnight? Because, if you don't shop on Black Friday, then the terrorists win, I joked.

I shop for clothes once or twice a year and Black Friday has great deals. I didn't do too much planning. The outlet mall near the US/Mexico border opened at 6 PM, yesterday (Thanksgiving Day) and they'll close tonight at 10 PM (Black Friday). Yes, that's 28 hours straight they'll be opened.

A couple years ago I went to the outlet mall by Legoland when I was living in Carlsbad. It was simpler, there, since that mall was just a few miles from where I lived. At the time, they opened at 10 PM and stayed open for 24 hours. Now, they've obviously stretched that by four more hours. 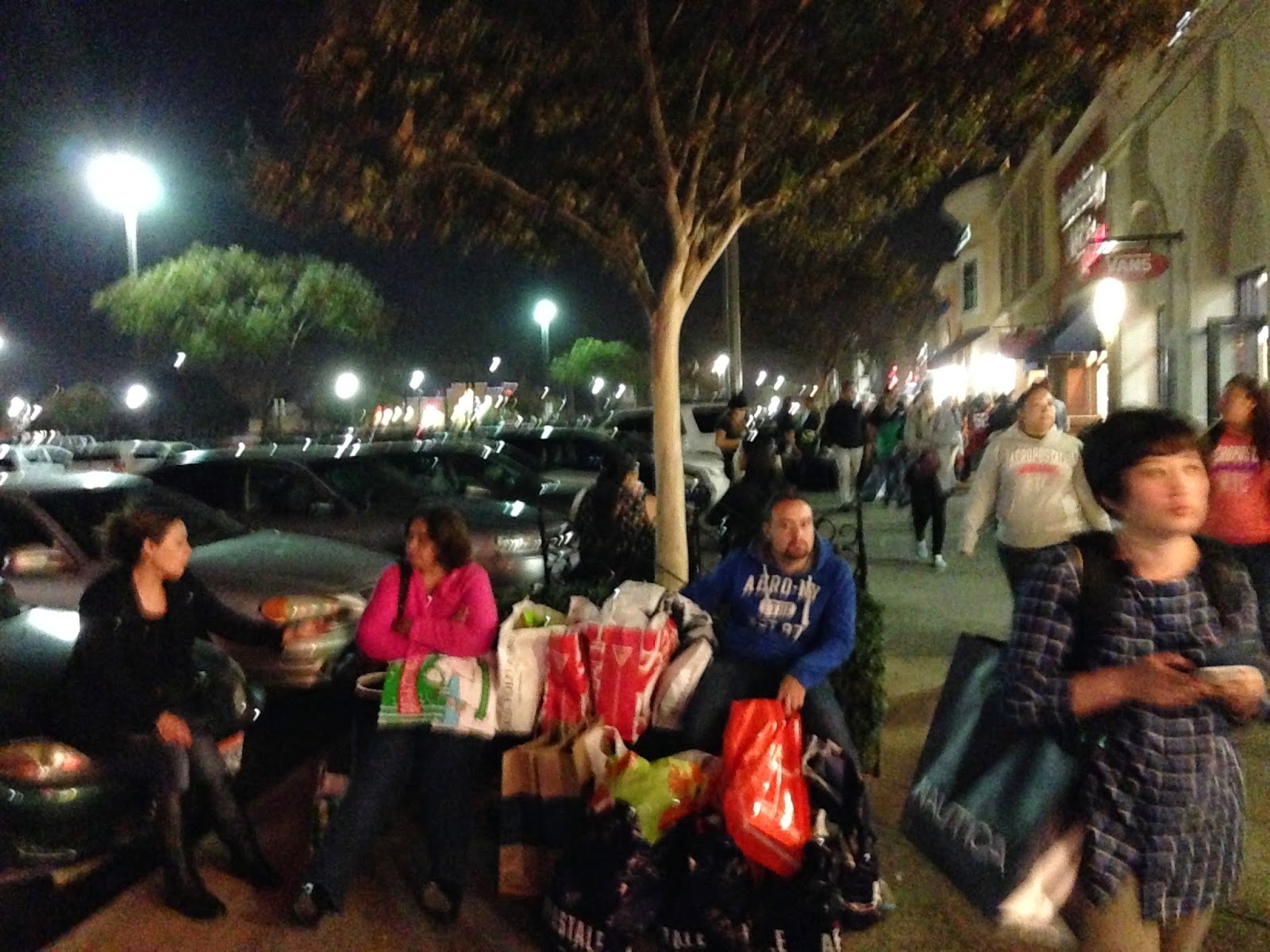 The worst part about the outlet mall in San Ysidro, tonight, was getting into and out of it. From the freeway, it's a single lane in each direction, so it was backed up, up the offramp and onto the 5. After watching some people walk past me faster than the queue of cars was moving, I decided to park on the street and walk the last half-mile. That also saved me the hassle of finding a parking spot once I had actually made into the parking lot. Walking turned out to be a good decision with the exception of breathing in car fumes. 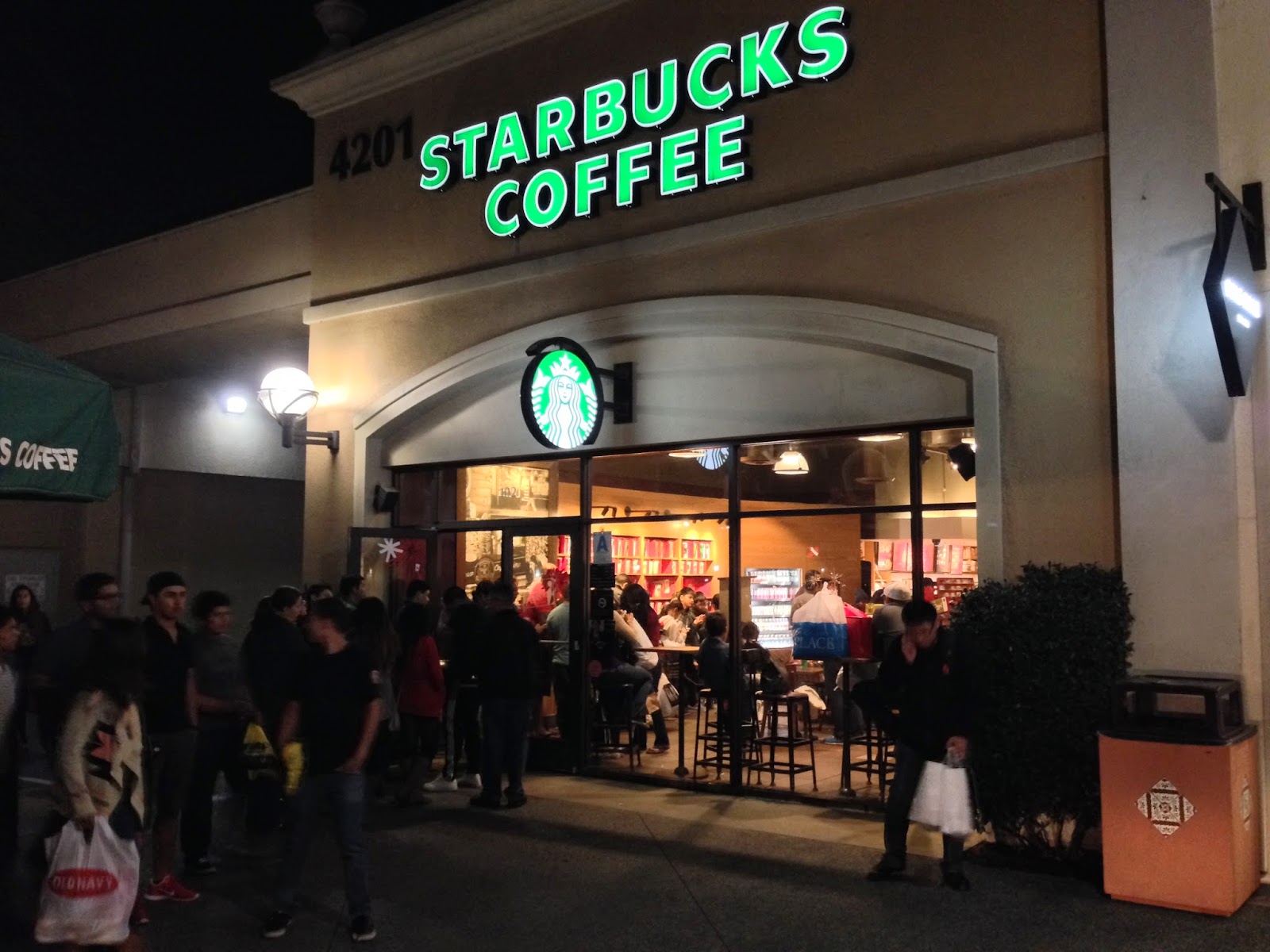 Obviously, the outlets were packed. Even Starbucks had a line out the door; so were lines at some other stores. Luckily, I was shopping at Brooks Brothers which isn't exactly known for being  trendy. There were no shortage of pooped families, plopped down on the benches with half a dozen shopping bags apiece. What did surprise me, though, were how many people were dragging large luggage bags to pack up their booty. That's fairly smart for those who had to walk back across the border into Mexico. I only had to walk half a mile and my fingers were getting a little sore carrying a couple shopping bags and a coat hanger.
Posted by Joe Moreno at 1:22 AM