You can't unsee a Tesla once you've seen it – it's simply beautiful and elegant.

The Model S has a single moving part: the rotor, which is a powertrain tucked between the rear wheels. There are no belts, carburetors, catalytic converters, radiators, etc. With no engine to take up space, that frees up storage both under the hood and in the trunk.

The Model S starts at $70,000 and the one I sat in topped out around $114,000. The interior is simple in true minimalistic style. The dashboard has a single button to open the glove compartment and the rest of the controls are handled through a touch screen with Internet access.

The car can be fully recharged at home in about eight hours using a standard 240 volt outlet that powers a washer or dryer. A big selling point is that you can fully recharge your Tesla in about 45 minutes or less, for free – yes, free fuel for life – at any of the public Supercharger charging stations.

The battery is the vehicle's only Achilles heel. All batteries are expensive and heavy for the power they deliver. As a Marine supply and fiscal officer for an infantry battalion, the single biggest expense I'd budget for field exercises (maneuvers) were our batteries. 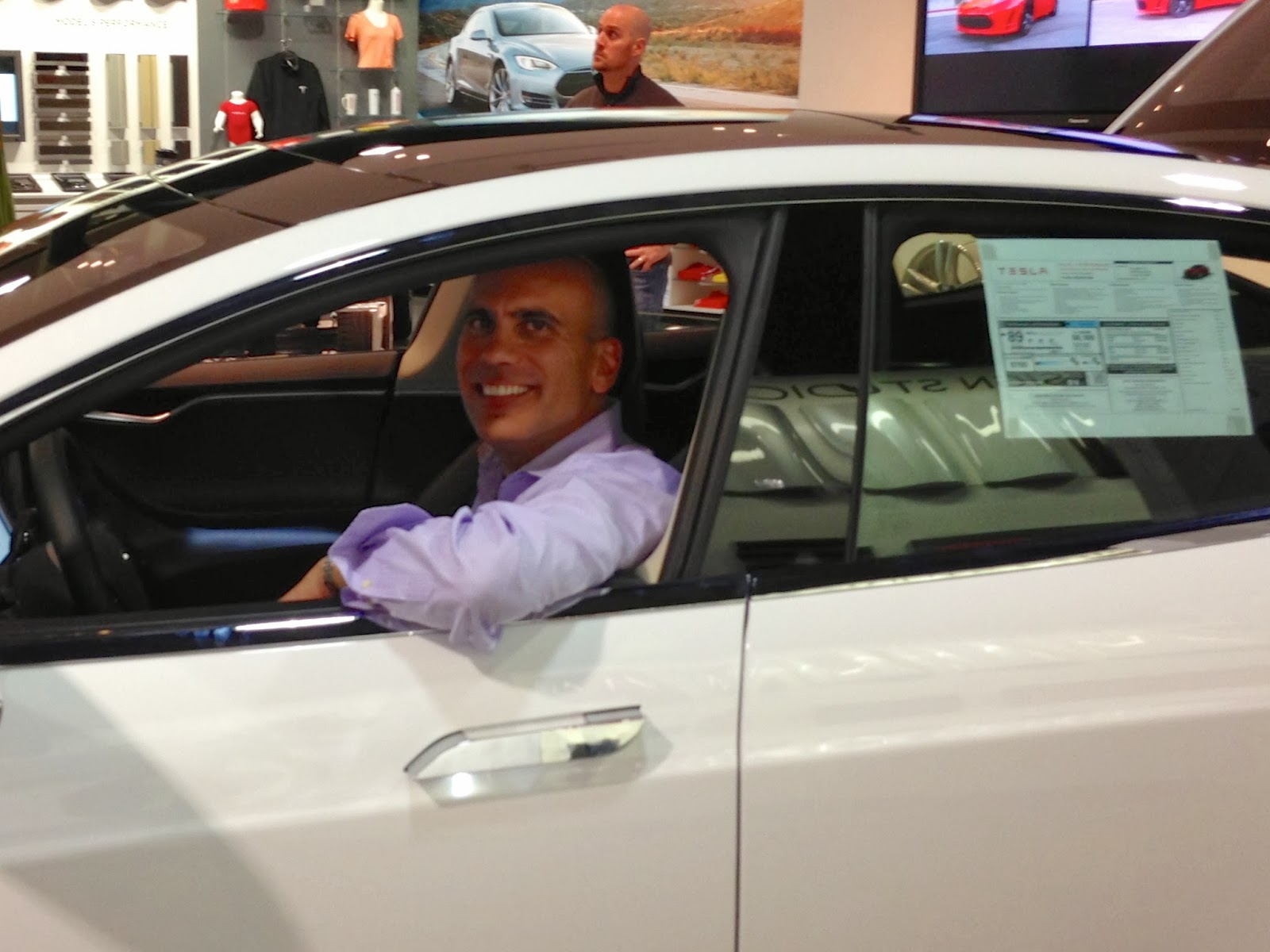 Nearly the entire chassis of the Tesla houses the battery and it has an eight year unlimited warranty (even if you brick it). It's nice that a full charge can take you more than 250 miles but batteries deteriorate over time. Even if a Tesla's battery lasts a dozen years, it'll have to eventually be replaced to the tune of $12,000. So, a Tesla's TCO isn't really saving money over a traditional internal combustion engine when looking at these detailed cost calculations, but it really helps the environment.

Until a more efficient source of mobile electricity is developed, electric cars will remain a premium luxury.