Two Ships Crashing in the Night

Video chat is the future of social media.

Social media allows companionship without being present. Generally, media is fixed, meaning that it's recorded on paper, hard disks, etc. But, if we focus more on the social aspect, and less on the media part, then it can also be a live stream without necessarily being recorded such as a telephone call. While there are many aspects of social media that are entirely new, one, in particular, is very interesting to me: random video chat.

I've had several technological epiphanies in my life as I suddenly recognized that a new technology was going to be transformational and innovative. 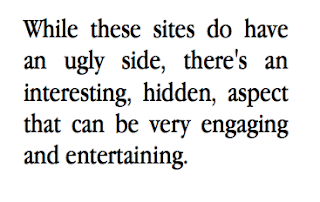 Epiphanies
My earliest technological epiphany was when I got my first computer - it was a Radio Shack TRS-80 Model I, first introduced in 1977, and I loved it. I was amazed by it's processing capability. Today, we take for granted the power of the personal computer. But, back then, we marveled at what it could do. I used to use my Model I to help my father bubble sort product serial numbers for his job when I was in junior high school.

My second epiphany was in the early 1980s when I hooked up my TRS-80 Model I to a modem for the first time. I spent the entire night logging onto bulletin board system (BBS) after BBS and I ended up pulling my first all-nighter well before high school.

My third technological epiphany was the first time that I logged on to the World Wide Web. I had been using Internet e-mail since the late 1980s, but I was late to the WWW, in the mid 1990s, since I was on active duty in the Marines and deployed to the Middle East. However, I still remember the first website that visited - it was a triathlon news site.
All of the world's information was instantaneously at my finger tips.
Random Video Chat
This leads to my latest innovative epiphany: Random video chat.
While video chat sites, such as Chatroulette, Stickam, and Tinychat, that first gained attention a couple years ago, have a bad rap on the surface, there's something about them that's amazing on a deeper level.
To paraphrase the French poet Jean Cocteau, fashion produces beautiful things that become ugly over time, whereas art produces ugly things that become more beautiful with time.
Sites like ChatRoulette truly fall into the art category. 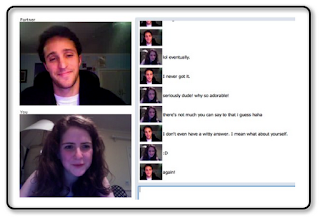 On video chat websites, there is no shortage of men exposing themselves. I'm guessing that 90% of the visitors to these types of sites are male and it seems like a big chunk of them broadcast their crotch, as if there's much of a chance of any woman stopping to watch and partake in the show.

While these sites do have an ugly side, there's an interesting, hidden, aspect that can be very engaging and entertaining.

If you give it a try, you can make a connection with someone – a connection that's on par with a chat at the bar or cafe. The fascinating part is that the conversation can take place with people from all over the world in virtually any setting such as the living room, bedroom, classroom, or car to name a few that I've participated in.

In literally less than a second, someone has popped up on your computer screen as the both of you make a decision to stay or "next" each other. No account needs to be created, it's anonymous, and instantaneous – no need to follow, friend, or subscribe - it's just you and a random partner, mano a mano.
Most connections last less than a second, but it's not unheard of for a conversation to last many, many hours.
I'm guessing that the average age on these sites is late teens to early twenties. From time to time, I've received some unpleasant reactions when these young adults see me: the old man. 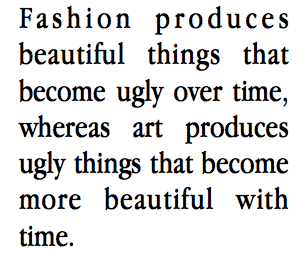 After nexting dozens and dozens of men's crotches and being nexted, myself, I discovered that I could do better if I didn't have my camera on, after all, I'm no spring chicken. At this point, I could engage people in a conversation before turing on my camera.

One of my first chat experiences was explicitly shocking with a college senior at large midwestern university. I could see her, but she couldn't see me, so it was a one way video chat without voice as I told her about my former girlfriend who attended the same university. After I figured out how to turn on my microphone, I could talk to her and she'd type back, but she couldn't speak since her roommate was sleeping.

She was a very conservative and bright religious Muslim who grew up in the U.S. and never drank alcohol. But, she suffered from a pseudo preacher's kid syndrome due to her ultraconservative lifestyle. I was shocked when she asked me, a faceless stranger, to tell her what to do. She was, by no means, teasing me, with - she was 100% serious, trust me on that. (Suffice to say that we didn't go there and nothing happen.)
I was thinking that her story wasn't real - this was all too fast and easy - but her info all checked out via Facebook, LinkedIn, Google+, etc. Where were websites like this when I was a young, single guy???
Innovation
Social video chat is the very definition of innovation, which is anything that reduces the cost of a transaction in terms of time or money – live and in person. No longer is it necessary to visit single's bars or dating sites that lead to so many dead end first dates. Now, you can experience personal connections in any safe and personal environment of your choosing.

The one night stand, perfected in the 20th Century, has now evolved into the one hour stand with video chat, "Don't worry, Baby, I'll still respect you in 60 minutes."
Memorable Experiences
Without a doubt, my first experience was unique, but I couldn't help but be intrigued.

My next stop was a classroom in Scotland as several students were huddled around a laptop during a class. We chatted for about 30 minutes until class ended.

I chatted with a high school student who was poolee in the Marine Corps Delayed Entry Program. We spent some time talking about the Marines as I related my experiences to him.

I briefly talked to a student in Singapore who had his name, Darren, tattooed on his wrist. He complained to me that, after "nexting" hundreds of people, he'd only seen two women, but I don't think he was giving up.

I actually found some people my own age who were sitting in their kitchen in Iowa drinking beer… rather, they had already drunk a lot of beer.

Watching my wife and her former college roommate try it out for the first time was priceless as guys would shower them with complements so they could talk to two women. For some reason, the guys from Turkey were the most polite.

Random Tech Support
By far, my most rewarding experience was with a 32 year old women in the Netherlands who was a school teacher. She was a little unhappy since she had recently switched from her Windows PC to an iMac and, when she synced up her iPod to the new iMac, it had erased her iPod music library.

We chatted for a bit as she imported her CDs into iTunes. She was a little frustrated poking around her new computer since she couldn't find the backspace key. When I told her that the trick to backspace on the Mac was to hold down the FN key when pressing the delete key, she promised to name her first kid after me, Joe "Backspace." 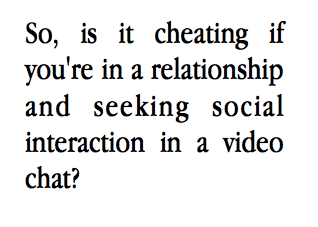 So, is it cheating if you're in a relationship and seeking social interaction in a video chat? That all depends on the rules with your significant other. Is it cheating to go to a bar and talk to another patron? Probably not, as long as it's platonic. As a matter of fact, video chat is definitely safer, cheaper, and faster than physically visiting a bar or cafe. The only downside (or maybe it's an upside) is that it's random and anonymous. But, things probably won't work out if you live in China and find your soulmate in Timbuktu.

Video Chat's Dark Side
Random video chat doesn't come without a chilling dark side that goes far beyond the plethora of penises. While consenting adults are free to do as they please, it seems that people, especially the ladies, either forget or don't care that their video chat partner can easily record their interaction for nefarious purposes.
Even more chilling is that any child can log on to these video chat websites simply by attesting that they are over 18 with a simple check of a box. While the interaction is random and probably too distant for the possibility of a physical interaction, it's still frightening to think about how impressionable children can be.
The Future
Video chat offers a lot of possibilities. I've met many foreigners who were simply interested in practicing their English. It's also a great way for socially awkward people to learn how to speak to others. But, here's a newsflash for the guys: You'll increase your chances by being respectful, rather than rude, to to the ladies. Instead of clicking next a couple thousand times and greeting women with, "Show me your boobs!", try treating them with dignity and you'll be surprised at the results.

I think Patti Stanger should use these random video chat sites to screen her guys before appearing on Millionaire Matchmaker. She'd get a quick indication of how her client candidates treat the ladies.

Why?
Why do they come? What do they want? Well… why do we sit at the hotel bar, when on a business trip, instead of taking our drink back up to the room? We want to be social... we want to be a part of something bigger than ourselves.

It's rather amazing to drop right into someone's personal life for a private conversation only to never hear from them again. But, if you want to try it out for yourself, you can't be shy or thin skinned. After all, it is the Internet and anything goes.
It should only be a matter of time until Facebook rolls out video chatrooms amongst friends.
Posted by Joe Moreno at 1:14 PM

Nowadays, Live Video Chat becomes so common on dating sites that it's even difficult to imagine online dating without it. I'm pretty sure reputable sites like plentyoffish.com has this feature too.

I think it's cheating when you even think of someone else.