Yep, it's true that Steve Jobs used to drive around without a license plate. I've seen it, touched it, and photographed it. 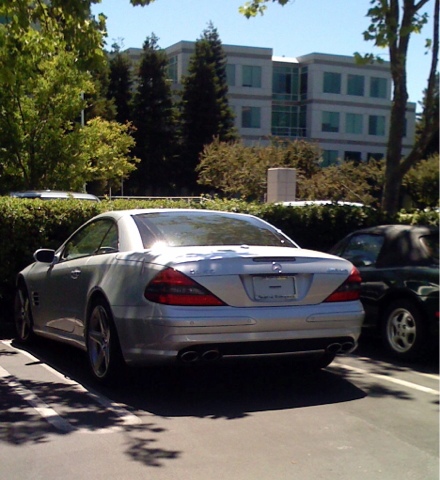 But I think the license plate loophole theory is wrong. Otherwise Steve would have had temporary paper tags on his car (or, perhaps, he just didn't display the tags). Steve may have just driven around without ever registering his car - or, maybe, he simply didn't attach the license plates to his car. I doubt that he was getting a new car every six months. But, that's what's being reported – so, maybe it's true. I just find it hard to believe.
Walter Isaacson asked Steve about his license plate. From the horse's mouth...