Crowd Sourcing at it Finest

This afternoon, I was at my local cafe. I'd been there before and I never really noticed the piano in the corner, but this guy did. 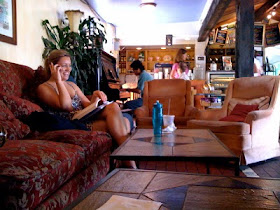 He hopped on the piano, played some songs, and then left the cafe. I recorded one and posted it. But, I couldn't figure out the name of the song and it was killing me. I knew that I'd heard it before.

I tried to get Shazam and SoundHound to figure it out without any luck. Shazam came up with a different answer each time and SoundHound wouldn't even make a guess.

So, I decided to crowdsource the answer and I posted it to Reddit. Eight minutes later RambleMan figured it out.

The song is "The Scientist" by Coldplay. The reason it was so stuck in my head was because of the sad music video which was filmed in reverse.
Joe Moreno at 4:50 PM
Share